“Saaho is an India action thriller film directed under the direction of Sujeeth. The film is made with a whopping budget of 350 crores. Also, the budget of the climax shoot is around 80 crores. The film has various characters includes Praphas and Shraddha Kapoor, chunkey Pandey, Neil Nitin Mukesh, etc. The film has hit the screen on 30th of August 2019.

The film has earned well at the box office as the film is released in multi-languages. The film has already crossed 100 crore mark in just 3 days at box office.

The Hindi version of Saaho opened at Rs 24 crore, making it the third-highest Hindi opening in 2019, after Mission Mangal and Bharat, which opened at Rs 29.16 crore and Rs 42.30 crore respectively. In the Hindi release itself, Saaho has earned Rs 25.2 crore, bringing its collection to Rs 49.02 crore But saaho is unable to beat the first collection of its own blockbuster film Bahubali: The Conclusion which earner around 121 crore at Boxoffice.

Also, the film is said to be a flop by critics but the public is giving a good response to the movie.

Critics are giving saaho mixed review in spite of bad reviews also the film is running unstoppable and running to be the biggest hit of 2019.” 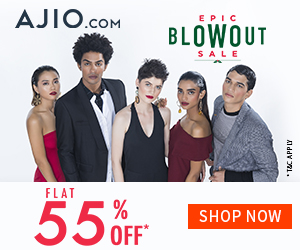 Save more with new deals and coupon at Vilaitideals. We provide all the latest Cashback offer and coupons of Top shopping sites like Amazon, Flipkart, Myntra, Paytm, Swiggy